2) Boxing was actually illegal in the USA before. It was not until the State of New York legalized it in 1896, with other states following soon after.

3) Michael Jordan didn't make his high school basketball team as a sophomore, but through hard work, talent, and dedication, he continued to practice diligently and made the team the next year.

4) If Wayne Gretzky had never scored a single goal, he would still be the NHL's all-time points leader with his assists alone, which is a whopping number of 1963.

5) Alcohol is considered a performance enhancing drug in most shooting sports as it calms your body down and allows you to shoot straighter.

6) There are only eighteen minutes of action in the average MLB game.

7) Kareem Abdul-Jabbar is the all time points leader in NBA history with a score of 38,387 points! For comparison, LeBron James has 36,559 points and Kobe Bryant has 33,643 points.

9) Winners in the Olympics were not originally awarded with gold medals. Winners were given a silver medal and an olive branch instead.

11) Golf was banned in England in 1457 because it was considered a distraction from the serious pursuit of archery.

12) The world record for the most number of non-stop push-ups is 10,507 by Minoru Yoshida of Japan

13) NFL referees also receive Super Bowl rings, though they aren't as large or impressive as the rings received by the players.

14) In the early days of volleyball, the game was originally played with a bladder from a basketball.

15) Until 1936, the jump ball in basketball took place at center court after every single made basket.

17) Former MLB catcher, Harry Chiti, is the first player to be traded for himself.

18) "Soccer" comes from the abbreviation for "association," or "assoc," as in Football Association.

20) Every ball used in Major League Baseball is dirty. Each baseball is wiped down with mud in order for pitchers to get a better grip.

21) The sport of badminton was initially called “Poona”.

22) The 2022 World Soccer Championship will be opened in Lusail (Qatar), a city which did not exist until recently

23) When Usain Bolt won the 100m sprint in the Olympic final, he only ate chicken nuggets from McDonalds as the local cuisine in Beijing had given him an upset stomach.

24) James Fixx, the creator of the word “jogging” died from a heart attack while jogging.

25) Babe Ruth wore a cabbage leaf under his cap for good luck and to keep cool. He reportedly changed it every two innings.

26) If your hat falls off during a tennis match, your opponent has the option to declare it a "hindrance" and redo the stroke.

28) Starting in 1990, Michael Jordan and the Chicago Bulls never had a three-game losing streak for eight years.

31) The longest successful shot in NBA history was 89 feet by Baron Davis on February 17, 2001. He shot it with 0.7 seconds remaining in the third quarter as a defender closely guarded him.

32) Identifying players by their jersey number was popularized by baseball.

33) The first ever Olympic Games was won by a chef.

34) Golf was the first sport played on the moon by Apollo 14 astronaut Alan Shepard in 1971.

35) The colors of the Olympic Rings represents one of the five continents of the world.

37) Frozen cow poo was the first-ever puck used in a hockey game!

38) Olympic gold medals have some gold in them, but they're mostly made of silver.

40) The Stanley Cup has misspellings of both player and team names.

41) Mouth guards are an optional accessory in the NFL and NHL.

42) Each of the three times Chicago Blackhawks has won the Stanley Cup, Marian Hossa fills up the cup with pierogis and eats out of it!

43) in 2019, pitcher Edwin Jackson became the first player in history to play for 14 MLB teams.

44) The world record for limbo skating, a sport where you roller ski under cars, is skiing under 57 cars. This world record was set by Aniket Chindak from India.

46) Labatt Park in London, Ontario is the oldest continually operating baseball grounds in the world, with history dating back to 1877.

47) Before an NHL game, hockey pucks are frozen in order to make the puck glide smoother and reduce bouncing.

48) In the original rules of basketball, dribbling wasn't allowed. Instead, you had to throw the ball to another player to keep the game going.

49) Alzain Tareq of Bahrain was the youngest competitive swimmer in the world, debuting at just 10 years-old!

52) North Dakota has the most golf courses per capita out of any state in America.

53) Baseball umpires are required to wear black underwear, just in case they split their pants.

54) Football (Soccer) is the most popular sport in the world, with over 4 billion fans!

55) The name for three consecutive strikes in bowling is called a turkey.

56) Due to physics and human aerodynamics, high jumpers cannot stay in the air for more than one second.

57) The first baseball caps were made from straws.

58) Former heavyweight champion, Jack Johnson, patented a type of wrench in the 1920s.

59) Peach baskets were used as the first "hoops" in basketball.

64) Basketball was invited in Canada by James Naismith

65) Due to losing many players in WWII military service, the Pittsburgh Steelers and Philadelphia Eagles combined teams to become the Steagles during the 1943 season.

66) Michael Jordan is known for his famous No. 23 while playing for the Chicago Bulls, but did you know that he had to wear a No. 12 jersey for one game? This is because his jersey was stolen from the visitors locker room when the Bulls was on the road against the Orlando Magic.

67) A microwaved baseball will fly farther than a frozen one.

68) The world's oldest tennis court is still in use today.

69) Volleyball was introduced to Europe by American troops during WWI.

70) When boxers go back to their corner during the round break, it is crucial for them to have their arms down in order to let the blood run back into the limbs, boosting their recovery.

74) Wilfred Benitez won the super lightweight championship at the age of 17, making him the youngest boxing world champion in the world.

77) Moses Malone holds the record for most games played without fouling out in the NBA, playing 1212 games before breaking his record.

79) Robert Earnshaw is the only player to have scored a hat-trick in all three divisions of the English Football League, the Premier League, the League Cup, FA Cup, and for his country at International level.

80) In Michael Jordan's entire career with the Chicago Bulls, Jordan only scored in single digits one time. This was because he was recovering from a broken foot and was playing for only 16 minutes.

81) Volleyball was invented because the creator, William Morgan, wanted a game where players weren't required to run.

82) Figure skating is the oldest winter game in the Olympics, dating back to 1908, before the beginning of the formal winter games.

83) Tennis pro Maria Sharapova's grunt is louder than an aircraft.

85) The blades in figure skates were originally made of animal bones.

86) Colored volleyballs were introduced in tournaments in 1998. This is so it was easier for spectators and people watching on TV to follow the ball.

87) During a match of tennis, a player runs an average of 3 miles.

89) No Barcelona player had ever been named La Liga player of the month until Neymar was in November 2015.

90) The first ever game of Basketball was played with a football.

93) Since 1896, the beginning of the modern Olympics, only Greece and Australia have participated in every Games.

95) In many skating competitions, judges can deduct a point if they consider a skater's costume to be overly garish or provocative.

96) Until 1913, Goalies did not wear different colored shirts from their teammates.

97) John Stockton would still be the all-time assist leader even if he didn’t play the last six seasons of his NBA career.

98) The first black football player was Arthur Wharton in the 1800s.

99) Volleyball took some of its characteristics from tennis and handball. 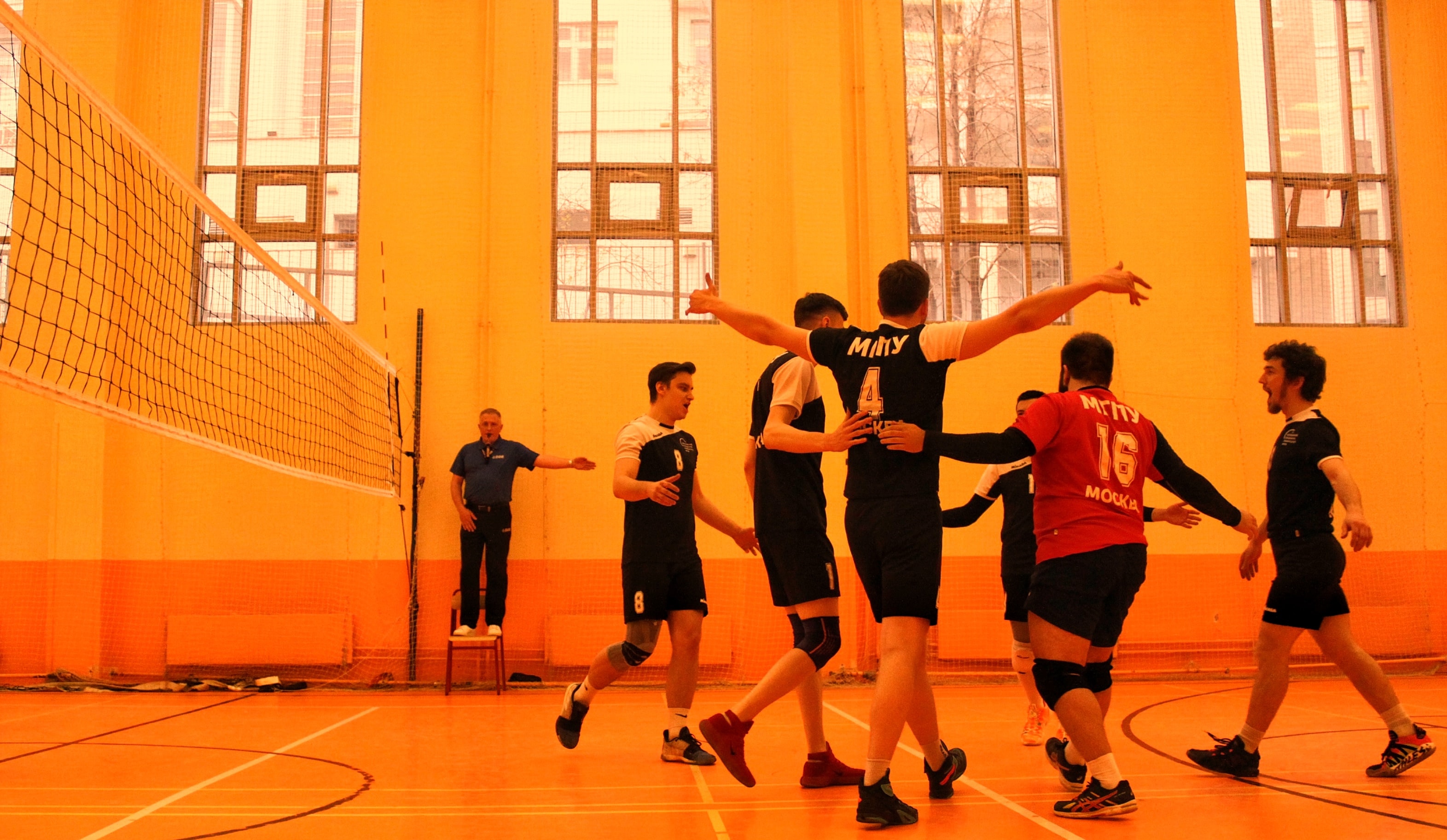 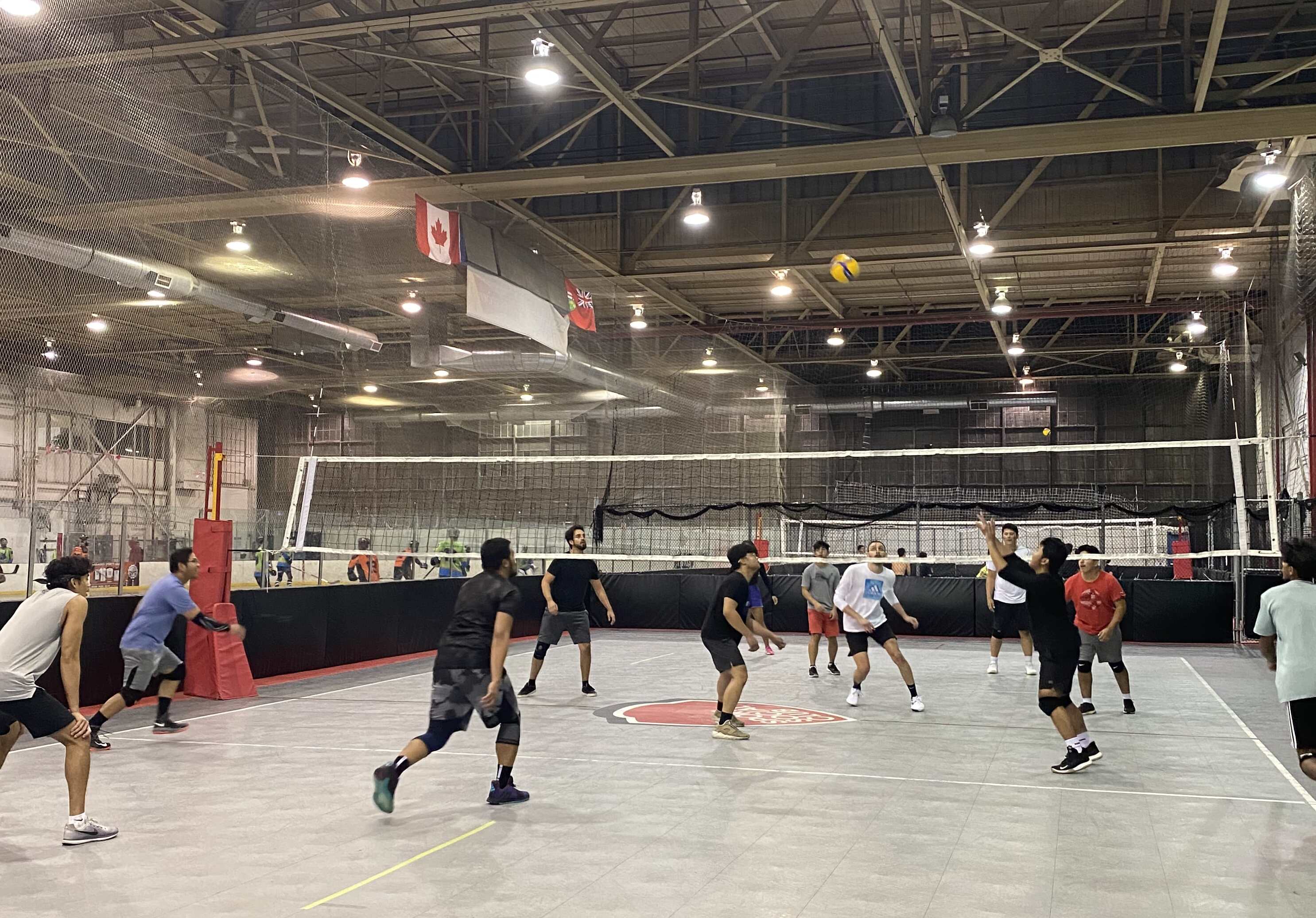